Start a Wiki
The Pony Pals Club was a Scholastic Book Club readers could subscribe to starting in 1999. The book My Pony Pals Journal contained a Pony Pals Club introduction. All illustrations for the barn, outdoor scenes, and accessories were done by Pony Pals illustrator Paul Bachem.

Later packs included more horse/pony plastic figurines and new issues of the Pony Puzzles Plus newsletter which gave out facts on the breed represented by the figurines.

The Pony Pals books tell of the adventures of three ten-year-old girls and their beautiful ponies. Pam, Anna, and Lulu are best friends living in the small town of Wiggins, along with their ponies - Lightning, a Connemara pony; Acorn, a Shetland pony; and Snow White, a Welsh pony.

You will love getting to know the Pony Pals and reading about their trail rides along Pony Pal Trail, their sleepovers in the Crandals' barn with their ponies, and the many exciting adventures they have along the way!

In Give Me Back my Pony, Lulu is given a blank journal as a gift so that she can write about all the wonderful places she and her father visit. My Pony Pals Journal is our gift to you. It's your very own place to record things about yourself.

We're happy you have joined the Pony Pals Club! 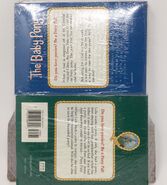 Introductory Pack (back)
Add a photo to this gallery 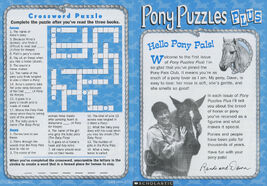 First Pony Puzzles Plus newsletter (front and back) 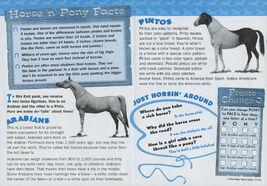 First Pony Puzzles Plus newsletter (inside)
Add a photo to this gallery
Retrieved from "https://pony-pals-book-series.fandom.com/wiki/Pony_Pals_Club?oldid=607"
Community content is available under CC-BY-SA unless otherwise noted.